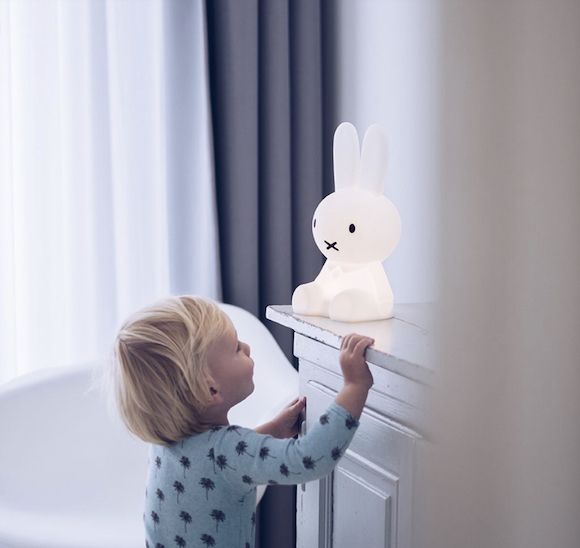 Most viewed
prev
next
Page:
View all 32 products

Miffy is the main character of a series of children's picture books about a small rabbit. The books were written and drawn by Dick Bruna and have been published in many languages. The popularity of Miffy was not confined to books: on January 30, 2013, the first Miffy film premiered at the Tuschinski cinema in Amsterdam. The adventures of Miffy has also been released as an animated television series and three different musicals: Miffy, the musical (2001), Miffy is back (2004) and Miffy on Holiday (2007). In his books, Dick Bruna never uses capital letters. The names in the Miffy books are therefore always written with small letters.

For children, we have sleek Miffy children's cutlery by Zilverstad on offer. Choose from a 2, 3 or 4-part set. You can also choose from stainless steel cutlery or silver cutlery.

Is there anything more fun than learning how to eat using cutlery with Miffy!? With this Miffy cutlery, you will have enough inspiration to tell your own Miffy stories during your meals.

For in children's rooms: Miffy wall decorations by IXXI

IXXI has several wallpaper designs to decorate the wall of your child's room. These beautiful tile decorations are available in multiple versions, including the Miffy goes to school and the Miffy ABC, the latter which is perfect for helping your child learn the letters of the alphabet. Using the printed square cards and the connectors by IXXI you can easily make your own wall decorations, for your own room or for your child's room.

Discover the Miffy museum in Utrecht

The greatest museum for preschoolers: the Miffy museum is a miniature world for the young ones to discover. In ten themed rooms, preschoolers discover the world around them step by step. Dick Bruna's picture books were taken as the inspiration for these rooms. For example, you will encounter Miffy's home, the doctor's office, the zoo, and so on. Children can fully discover the unique world of Miffy. The Miffy museum is located in Utrecht along the Agnietenstraat 2.