END_OF_DOCUMENT_TOKEN_TO_BE_REPLACED

Snellies Waskit from Utrecht specializes in handmade candles candles of special towers and objects. First the Dom Tower candle, conceived and designed by Ruud Snel, followed by the Brandaris and the Amsterdammertje by Mandy and Manon Snel.

END_OF_DOCUMENT_TOKEN_TO_BE_REPLACED 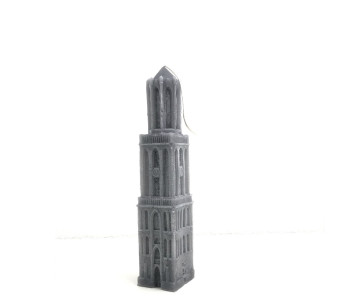 The candle of the Utrecht Dom Tower (1382) is handmade after the highest church tower in the Netherlands, over 112 meters high. Each candle is packed in its own sustainable gift box. Snellies Waskit from Utrecht makes the Dom Tower candles. This one is 22 cm high in anthracite. Nice for home and also an original gift.

Great that you choose the original Dom candle, a gift from Utrecht. The Dom candle is a handmade candle based on the model of the Dom tower in Utrecht, conceived and designed by Ruud Snel. Each candle is packed in its own sustainable kraft gift box. Snellies Waskit makes the candles from De Dom Tower for Holland Design & Gifts in 22 and 33 cm high versions and in the colors sand, olive green, and anthracite. A unique gift with its own story.

Utrecht Dom is a striking Gothic church in the middle of the Dutch city of Utrecht. The church was built in 1254 as a continuation of the Romanesque cathedral of the Roman Catholic Diocese of Utrecht and was dedicated to St. Martin. The church has been a Protestant since 1580. The 112.32 meters high Dom Tower, which was built from 1321 to 1382, is the highest church tower in the Netherlands and the tallest building in Utrecht. The fact that one colossal tower was chosen for the construction of the Dom and not a two-tower front as was customary with cathedrals, is probably due to a lack of space: the area on the west side of the Dom was largely already built on. The Dom Tower can be visited: from the spectacular platform at a height of one hundred meters you can enjoy the beautiful view.

Mandy and Manon Snel from Utrecht focuses on handmade candles of special towers and objects. It started with the Dom Tower candle, conceived, designed, and produced by their uncle Ruud Snel in Ruud's Waskit. After his death, Mandy and Manon renamed the Waskit to Snellies Waskit and expanded the range with more towers and objects such as the Amsterdammertje.