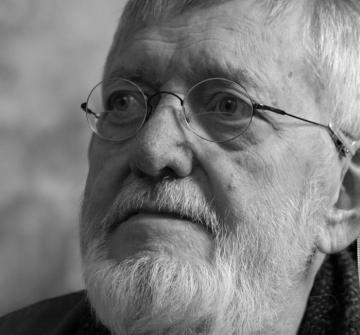 Zweitse Landsheer was born in Amsterdam and lived from 1928 to 2010. As a designer, he was best known for objects such as the Diabolo cup, Porron carafe and the Bouquet vase. His design language is easily recognizable and has an almost sculptural quality. Thanks to the simple, liquid shapes the designs look contemporary, even after 30 years. It comes as no surprise then, that his creations are still in production today. With a designer vase or bowl by Zweitse you bring both a home accessory and artwork into your home.

The career of Zweitse Landsheer started at the Rietveld Academy in Amsterdam. After his studies, he began his career as a designer at Goedewaagen in Gouda. Here, Zweitse created the beautiful Maestro tableware, which gave him worldwide fame. This tableware even won a prestigious design award in Milan. By coincidence, the first works of Zweitse Landsheer also mark the creation of studioCor Unum in ’s-Hertogenbosch in 1953. From that moment he started working as both a designer and artistic director for this semi-industrial ceramics studio. In 1957, when Landsheer became professor of the Department of Ceramics at the Academy of 's-Hertogenbosch, he settled in the city for the rest of his life. During the final 20 years of his life, Zweitse was mainly active as a painter.

The name Cor Unum means "one heart". To underline this, Cor Unum Ceramics employs people from the labor market. Previously known as the "clay club" for the unemployed, Cor Unum, led by Charlotte Landsheer - the daughter of Zweitse - has since grown to become a ceramic workshop with creations by (inter) national designers such as David Derksen, Kranen/Gille, Roderick Vos and Floris Hovers. Today, the work of Zweitse Landsheer is still produced under this name. Consider the Cor Unum Bouquet vase for example. The combination of a small, round vase with an outwardly-curved square neck makes this Dutch creation ideally suited for small flower arrangements. The water or wine carafe Porron, inspired by the spanish drink pouch, is made by Cor Unum as well. This piece of ceramic tableware is not only pleasant to hold, but it also allows for easy pouring, keep drinks cool and has a contemporary look! Discover the work of Landsheer at hollanddesignandgifts.com.